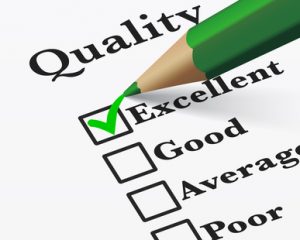 Surveyors are now being very careful to only give facts during the survey process and/or exit. They aren’t allowed to make general statements such as “overall the facility is good”. They can only state facts for example, the number of residents affected. They have the discretion to provide you the F-tag that is deficient in order for the facility to correct the issue sooner than later. They aren’t under any circumstances to discuss scope and severity unless the deficiency is an IJ.

Nursing Home Surveys need to stick to the facts!

Surveyors need to stick to the facts while in the building and then issue the deficiencies under supervisory review. When surveyors exit the building, they always state that their finding would be under supervisory review. They have now literally written this language in the regulations. It’s clear that they want to limit information that the facility is given while at the facility so that they can review with their supervisor and avoid miscommunications.

About the Author: Lesley Powell

Lesley Powell is a 5 Star LNHA, NHAP & NAB/NCERS Approved CEU Provider assisting AIT's to pass the CA State and NAB Exams across the U.S. for over 12 years.