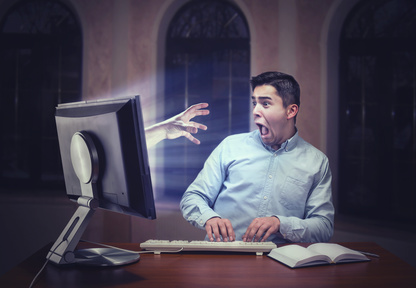 CMS are working very hard to make the most recent changes to the SOM. Content from the old regulations has been re-arranged, revised and some completely new. The intention is to have the new tags in print by November 28, 2017 which is the implementation date for Phase 2. There have been so many revision, additions and re-arranging that it has caused a re-designation of the actual tags resulting in a new coding system.

There is also a new survey process in play combining traditional survey with the new QIS survey. The survey training for the new survey process that combines tradition and QIS started in August 2017 for regional offices and state agencies for the next 6 months. CMS also announced that they are going to post pose termination and civil money penalties for the new implementation date for Phase 2 for one year. CMS know that there is so much new information and regulatory changes for them to not only train the surveyors, but for facilities to implement the changes. The “mega-rule” has been spread out over the next three years into 2019. CMS are aware of both their challenge and ours. This is a team effort.

It’s been a few years that we’ve known the QIS survey was coming but somehow we are still shocked! CMS learned through the pilot program that it would be better to not replace traditional with QIS but rather to combine them. We’ve seen in the past in the SOM where QM’s replaced QI’s but now they are combined and read QI/QM in the most recent revisions. We now use the CASPER reports but you will see OSCAR sometimes referred to which is what we use to call the reports for last years survey and the last 4 surveys comparison. In other words, when you are reading Appendix P of the SOM, you will see traditional & QUIZ survey literally combined in the written laws.

How do the constant and ongoing changes to the State Medicare Operations Manual/SOM affect AIT’s?

Even though CMS postponed terminations and civil money penalties for one year for Phase 2, it doesn’t mean that facilities don’t have to implement the Phase 2 regulatory revisions. Facilities should already have implemented Phase 1 and should have Phase 2 implemented by November 28th, 2017.  Some of the Phase 2 regulations such as antibiotic stewardship and facility wide assessment as a part of Phase 2 must be in place by the November 2017 date. AIT’s have much to learn for the exams that said, with the right guidance, it can be simple and efficient. The revisions and additions have been so intensive that the AIT that took the test in December 2016 prepared in a different way than the AIT taking the exam in May 2017 as will the AIT taking the exam in December 2017 and the AIT taking the exam in June 2018 & 2019. So materials and the course must be updated at just the right time for each transition. We have already been riding the wave and have and continue to anticipate the learning for AIT’s to be prepared for whatever timeline they choose to take their exam. This is what we do.

For more information go to www.administratorintraining.com or call 818-882-8188. We’ve been assisting AIT’s in CA and across the U.S. to pass their NHAP state exam & NAB exam for the last 9 plus years.

updated guidance in Appendices P and PP in the State Operations Manual,

About the Author: Lesley Powell

Lesley Powell is a 5 Star LNHA, NHAP & NAB/NCERS Approved CEU Provider assisting AIT's to pass the CA State and NAB Exams across the U.S. for over 12 years.